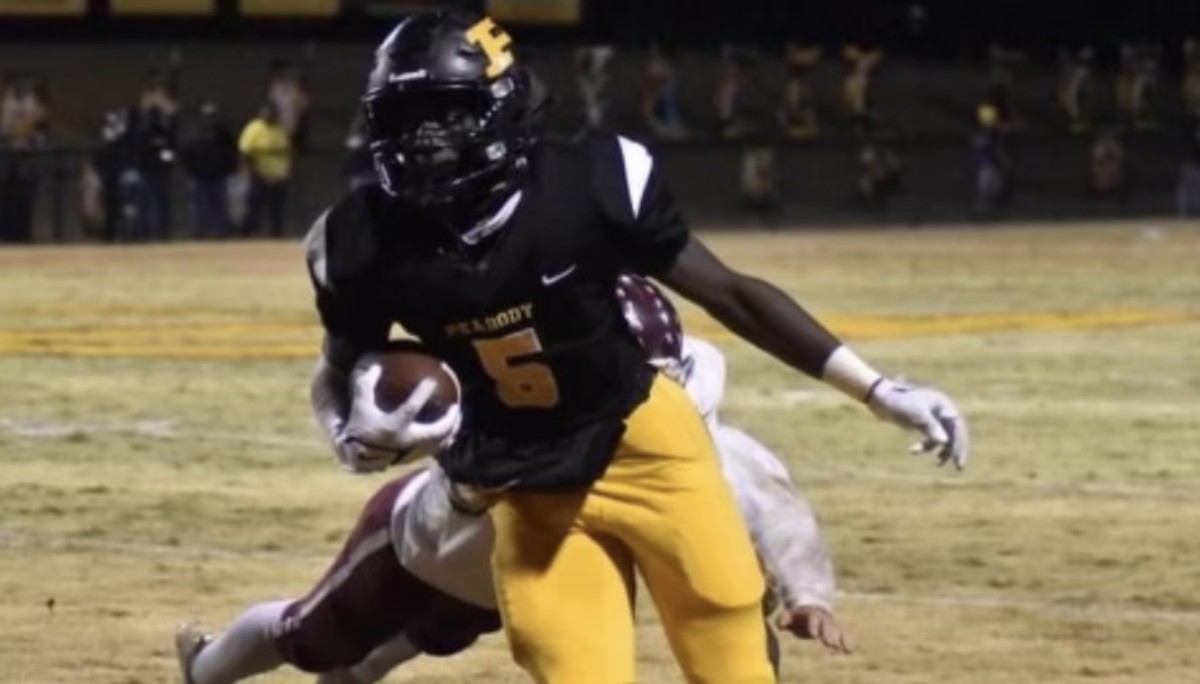 TRENTON, Tenn. – With previous teams, Tennessee has seemed reluctant to recruit from the more rural parts of The Volunteer State – especially in West Tennessee.

This notion has changed rapidly as we approach National Signing Day.

They have since gone through the same acceptance process with Meadows teammate, 2022 Peabody product Malik Ganaway.

On Friday, January 15, Ganaway announced that he had received an offer from Tennessee.

48 hours later, the 6-foot-2, 185-pound athlete had informed the Flights of his decision – which he made official on January 31.

Here’s our full conversation with Ganaway, who was on campus this weekend and chose Tennessee over offerings from Alabama A&M, Bethel, Lane College and others:

CV on IS: First of all, what was your reaction when you received the offer from PWO of Tennessee?

MG: I was very happy to receive the offer; because Tennessee has always been a team I’ve dreamed of playing for.

resume: And how does it feel now that you’ve really committed?

MG: Feeling relieved and ready to play football at Neyland Stadium. They were enthusiastic and feel that I can have a big impact on their team, and I feel that too!

resume: Which coaches have you been in contact with throughout this process, and what have they told you about your game?

MG: I have been in contact with Coach Banks, Martinez and Altizer. They think I have the speed and the length to succeed in Tennessee.

resume: Where do they see you fitting in?

resume: What appealed to you the most about Tennessee as a rookie?

MG: I was only on campus for camp last summer, but I look forward to returning for a visit over the next few weeks. The facilities were nice but I really like the coaches.

resume: What is the appeal as a local player, especially now that you have made the decision?

MG: It’s great because most people don’t have that opportunity to be able to play for their college football team in the state, especially in Tennessee. Like I said once, being a thief has always been a dream of mine.

resume: What did you like about this weekend’s visit to campus?

MG: I loved the coaching environment. Once I set foot on campus, they made me feel like home, and it wasn’t just the coaches – it was the people behind the scenes, too. The people who work with our bodies to ensure that we are in the best health to succeed throughout the season. Medical staff, nutrition staff, strength staff and etc.! All around, I really had fun!

resume: Other than the facilities and the football, what did you like about Knoxville and the campus as a whole?

MG: They improve the facilities every day. The next time I go up there, things will be brand new. I know Tennessee has a lot to offer within the program, and also everything is close, so nothing is too far, which is great for us student-athletes. Apart from football, I enjoyed every moment, I really feel at home in a bigger city!

resume: Before I get too into your future, I want to touch on your past. How has Shane Jacobs and Peabody’s championship history helped prepare you for the next level?

MG: Coach Jacobs helped us build a lot of character on ourselves. He always told us, it’s more than football, it’s about becoming a man and who you are outside of football. Winning the state championship three times in a row has helped me become a leader not only in football, but in life. My leadership ability will definitely help me to the next level and my hard work that I put in on and off the pitch.

resume: Did you ever talk about playing together with Connor (Meadows) and what those conversations were like?

MG: Exciting. Once I got the offer, Connor and I jumped on the phone about 30 minutes later to team up in Tennessee going forward.

resume: Your brother, Khalik, has already signed up to start his career at UT Martin. What advice did he give you in this process?

MG: He told me, “when times get tough keep working, never give up.” He’s my twin brother so the things that happen to me, he has generally already experienced them.