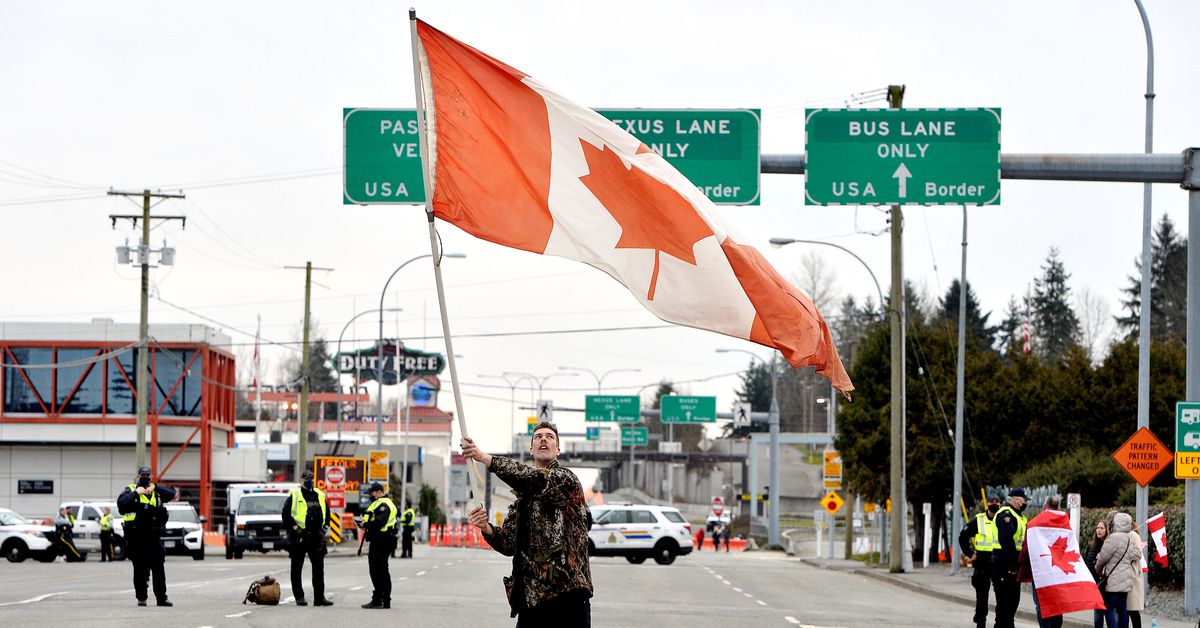 LONDON/TORONTO, Feb 14 (Reuters) – A website dedicated to disseminating leaked data says it received a slew of donor information from a Canadian movement opposed to pandemic health measures after a platform fundraiser popular with the group’s supporters was allegedly hacked.

Distributed Denial of Secrets (DDoS) said on its website Sunday night that it had 30 megabytes of donor information from US Christian fundraising site GiveSendGo, including names, email addresses, postal codes and internet protocol addresses.

Funding for Canadian protests has become a key focus as authorities in Ottawa and elsewhere attempt to rein in trucker-led rallies blocking cities and border crossings across Canada with demands that include the testimony of Prime Minister Justin Trudeau.

In an email on Monday, a spokesperson for GiveSendGo said the site was still soliciting donations for the “Freedom Convoy 2022” campaign and that donations were not being refunded. The spokesperson did not immediately comment on the hack itself.

The site, however, appeared to be offline. Visitors to the website were greeted with a message stating that it was under maintenance and “we will be back very soon”.

GiveSendGo had previously claimed that it was not subject to a Canadian court order freezing those funds.

A journalist from the Daily Dot digital newspaper said on Twitter that the GiveSendGo site was hacked overnight and its front page was briefly replaced with a clip from the movie “Frozen” and a manifesto accusing it of supporting “an insurrection in Ottawa”.

Reuters could neither immediately confirm the hack nor the leaked allegations, although Distributed Denial of Secrets has a long history of hosting leaked data from right-wing organizations, including the far-right Patriot Front and the Oaths. Keepers.

DDoS said that because the donor information contained sensitive personal information, it would not make the data publicly available, but would instead offer it to “journalists and researchers”.

DDoS describes itself as a non-profit organization dedicated to enabling the free transmission of data in the public interest.

GiveSendGo became the main channel for getting money to protesters after consumer crowdfunding platform GoFundMe blocked donations to the self-proclaimed Freedom Convoy. Earlier this month, the group said it had raised $8 million for the protests.

Reporting by Raphael Satter in London and Anna Mehler Paperny in Toronto; Editing by Howard Goller