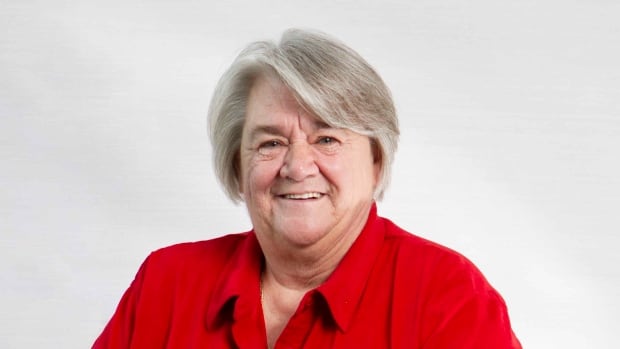 Former MP Claudette Bradshaw, a tireless advocate for the homeless, has died. She was 72 years old.

Born and raised in Moncton, New Brunswick, Bradshaw has spent much of her career at the forefront of her community’s not-for-profit sector, dealing with homelessness, mental health and children. and youth at risk.

Bradshaw was known to have lung cancer. She died Saturday afternoon, according to her family.

Bradshaw spent 10 years in federal politics and was elected Liberal MP for Moncton-Riverview-Dieppe.

She was also Secretary of State for Multiculturalism and the Status of Women.

In her community and in the House of Commons, Claudette Bradshaw devoted all of her time, talents and efforts to helping others. Because of this, there is no doubt that she has changed the lives of many people and made this country a better place. My thoughts today go out to his loved ones.

Despite his many accomplishments nationally, Bradshaw has maintained a strong advocacy presence in New Brunswick, including raising awareness of the dangers of fetal alcohol syndrome and improving access to affordable housing.

In 2010, she was named a recipient of the Order of Moncton and praised for being the “voice and advocate for the poor and disadvantaged” in her home community.

Nick Bradshaw, one of her two sons, said his mother’s legacy was how to give a good hug and how she had a strong relationship with everyone around her.

He said everyone could count on a warm hug from Bradshaw.

“You can ask anyone who’s had one of his hugs, they’ll tell you he was a very gracious, people-loving person,” he said.

He said Bradshaw, then a federal minister, broke protocol by greeting Queen Elizabeth on her last trip to New Brunswick. She couldn’t resist the urge to hug him.

He said his mother put her hand on the Queen’s back as she stepped onto the tarmac.

“I said, ‘She’s going to hug this woman and they’re going to taser her in front of all of Moncton.'”

He said Moncton was where his mother was most comfortable.

He said what he will miss most about his mother is calling her and watching her interact with others.

“She really got through a lot of the ups in our life and helped us through the downs,” he said. “She was our captain.”

He said his mother lived a very stressful life, constantly working to achieve her goals. This took its toll on her body and in 2015 she suffered a stroke.

While recovering from this, she developed various cancers and was diagnosed with stage 4 lung cancer towards the end of 2021. She was receiving chemotherapy treatments.

He said she wasn’t feeling well on Saturday. The family called an ambulance, but it was too late.

“The moment they arrived his heart gave out,” he said. “We were here with her, you can’t ask for more than that.”

She passed away peacefully at home with her two sons and her husband of over 50 years, Douglas Bradshaw.

Claudette Bradshaw began her career in social work in 1968, serving as program coordinator for the Boys and Girls Club of Moncton for six years, according to The Canadian Encyclopedia.

She founded the Moncton Headstart Early Family Intervention Center and served as its Executive Director.

“What a legacy this woman left behind,” said Caroline Donnelle, the current General Manager of Moncton Headstart.

“She was an extraordinary woman, a wonderful woman to boot, and one who created an organization that is almost 50 years old and still going strong.”

Donnelle said the services provided to at-risk youth and families would not be the same today without Bradshaw’s work on the ground.

Bradshaw’s career took a turn in 1997 when she entered politics.

She received the Richelieu International Medal and an honorary doctorate in social work from the Université de Moncton.

In 2006, Bradshaw was set to leave federal politics and did not seek re-election.

It was then that Bradshaw was appointed to the New Brunswick Premier’s Task Force on the State of Community Non-Profit Organizations.

She was named coordinator of the Mental Health Commission of Canada a year later, which led her to launch Housing First, a $110 million research project on chronic mental illness and homelessness. .

This led to the development of the At Home/Chez Soi program in Moncton, providing furnished apartments and support to over 100 people who were living on the streets.