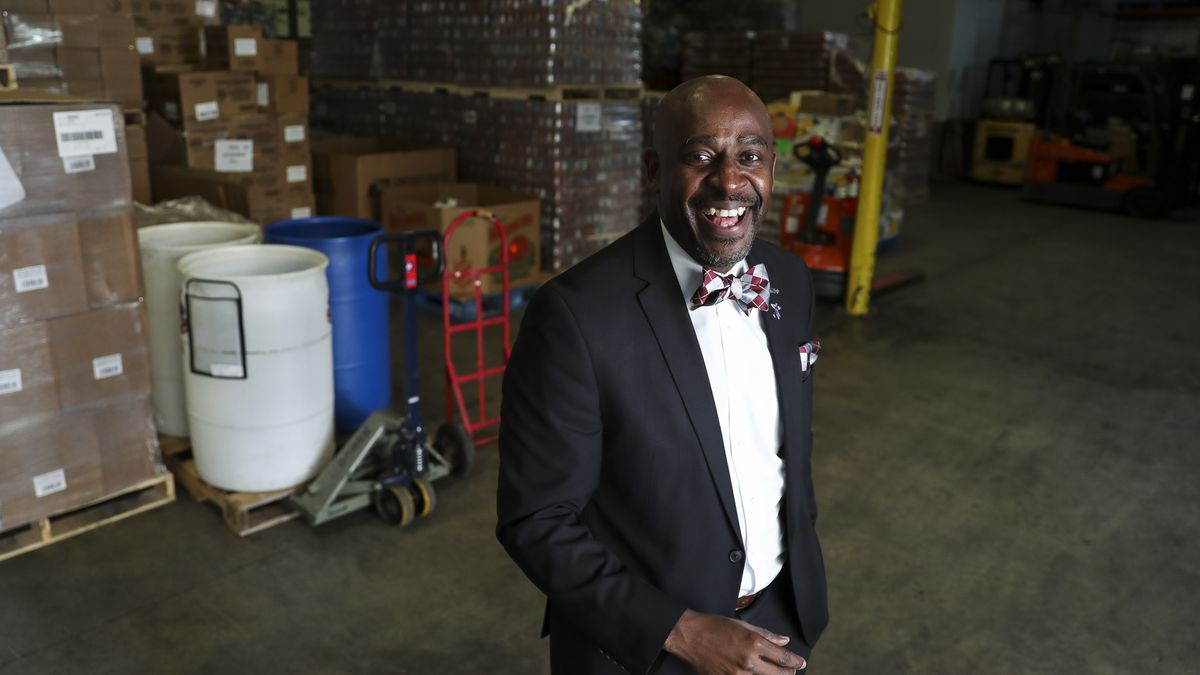 CLEARWATER — Stacy Myers thought the video call with the CEO and president of Hope Villages of America was to thank her and other volunteers.

They had successfully hosted a charity lunch and raised $72,000 for The Haven, a women’s shelter run by Hope Villages of America.

But instead of praise, the chief executive of the nonprofit Clearwater joined the Zoom call on October 19 and continued what some attendees described as a “20-minute rant.”

Kirk Ray Smith said he should be treated like the “president of a billion dollar company or the sheriff,” Myers said, and he repeatedly asked the committee to respect that. The people on the call were taken aback and asked him why he was upset. But he ignored them, said Myers, who spoke about the incident with the Tampa Bay Times on Friday.

The appeal prompted the six members of the volunteer committee to resign. The nonprofit Clearwater board of directors has scheduled an emergency meeting for Monday evening to discuss what happened.

“I’ve never been spoken to like that,” Myers said. “Already. I was shocked.”

In a statement sent Monday by the public relations firm of Hope Villages, Smith accused committee members of verbally assaulting association employees and shaming an employee. He also said the nonprofit has increased its pool of volunteers, which has left longtime helpers feeling “useless and in search of power”.

“We were experiencing long-time volunteers pushing boundaries that were irrelevant,” he said in the statement. “There was frustration that we had to hold this group of volunteers accountable because their behavior was inappropriate.”

The issues raised by Smith in his statement were not mentioned during the hour-long video call in October with the committee, according to Myers and Devin Pappas, who has chaired Haven’s advisory committee for the past four years. .

Myers said he received an apology from Hope Villages board chair Seema Ramroop. Ramroop confirmed that the council planned to meet but declined to comment otherwise.

The nonprofit group’s operations include a food bank and a center for women at risk of domestic violence. He said he collected $11.1 million in contributions and grants in 2018, the latest tax return available. Smith’s salary that year was approximately $117,000.

This isn’t the first controversial incident involving Smith’s leadership and management style since he was hired by the nonprofit in late 2016.

In 2019, three former employees sued him and the nonprofit, then called Religious Community Services, alleging he made inappropriate comments, verbally assaulted female employees and retaliated against them when they complained.

You’ll have a memory of the Tampa Bay residents we’ve lost, including heartwarming and fun details about their lives, every Tuesday.

You are all registered!

Want more of our free weekly newsletters in your inbox? Let’s start.

Explore all your options

The two sides agreed to a confidential settlement this year, according to court records.

In December 2020, the association lost $400,000 in annual funding for Grace House, the county’s largest homeless shelter for families, when the Juvenile Welfare Board of Pinellas County voted to terminate its contract due to financial and management concerns.

The Welfare Board allocates property tax revenues to local social service programs. According to a 2020 memo, he previously put Hope Villages on a corrective action plan after a review found the nonprofit failed to file background checks for all staff and associates. volunteers. The review also found high staff turnover, a lack of sound financial practices and two deaths of occupants due to suspected overdoses.

Without that money, Grace House closed in July with the nonprofit announcing plans to convert the shelter into affordable housing.

Related: Pinellas’ largest homeless shelter for families closes due to loss of funding

Pappas said she was scolded and belittled by Smith in a separate Oct. 12 phone call. She believes Smith was angered by comments made at an Oct. 11 committee meeting to review the conduct of the charity event. Some volunteers were upset that Hope Villages employees weren’t helping them clean up and that an award normally given to volunteers went to Smith. He was not at this meeting, but two of his employees attended.

Under Pappas’ leadership, the committee has raised $240,000 for the shelter over the past four years, she said. Pappas does not plan to volunteer for the group again while Smith is still in charge.

“It was awful; it was intimidating,” Pappas said of his phone call with Smith.