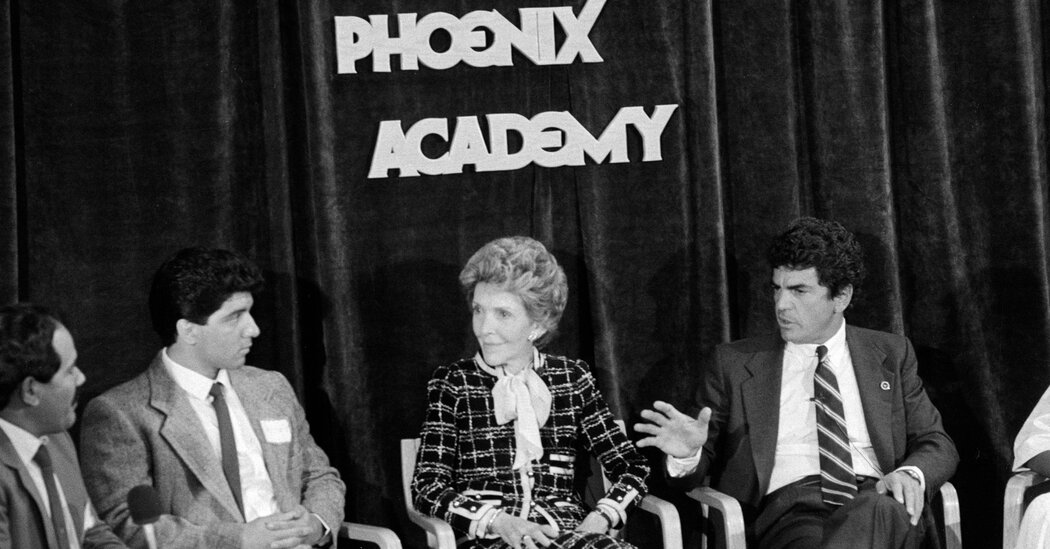 Raised in Flushing, Queens, he graduated from Jamaica High School; earned a bachelor’s degree in 1956 from Lafayette College in Easton, Pennsylvania, where he majored in biology and minored in psychology; and earned a medical degree from what is now the State University of New York Downstate Medical Center in Brooklyn in 1960.

Dr. Rosenthal’s first marriage, to Ellen Slosberg Nagy, ended in divorce. He married Dr. Simms, a psychotherapist, in 1990. Besides her, he is survived by three children from his first marriage, David Rosenthal, Claudia Plepler and Alexis Proceller; and seven grandchildren.

Dr. Rosenthal’s vision of treatment through what he called “dynamic analytical psychiatry” in group therapy, rather than traditional individual psychotherapy, was inspired by the California-based addiction treatment and self-help group Synanon . He learned his techniques through observation and participation, and he applied them while serving in Navy hospitals on Staten Island and Oakland, California in the mid-1960s.

He was struck by how veterans returning from the Vietnam War with drug and alcohol problems rarely received treatment before dishonorable discharge. After completing Synanon’s group therapy boot camp, he said, nearly two-thirds were able to return to active duty. (By the 1970s, however, Synanon had become an island company and cult.)

Hired by the administration of Mayor John V. Lindsay, Dr. Rosenthal was eventually appointed Deputy Commissioner of Rehabilitation at the New York City Substance Abuse Services Agency. He started Phoenix House while in that position, then turned it into a private, non-profit organization.

“People who come to Phoenix House are basically strangers to themselves,” he told Lifestyles magazine in 2009. “We give them the support they need to share their destructive secrets, let go of their guilt , purge their rage and unleash their potential.”

Such a change could be heartbreaking, he acknowledged, which he said was one of the reasons he chose to major in psychiatry.