Guest comment: The proposed reform of community planning groups will do much more harm than good 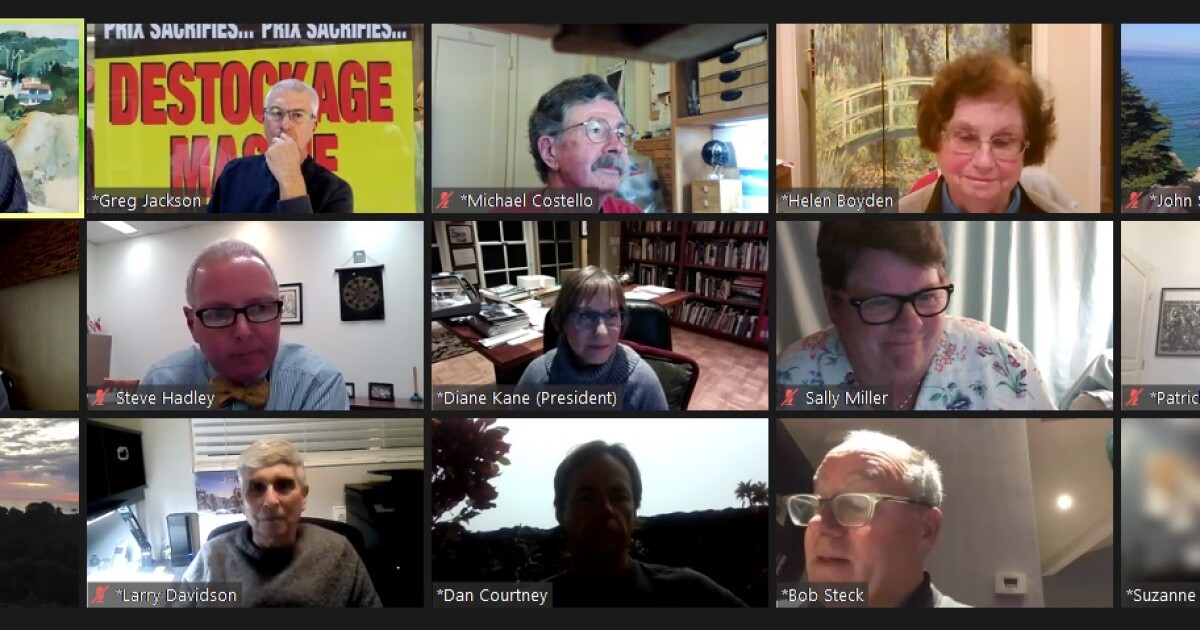 This commentary was originally written as a letter to San Diego City Councilor Joe LaCava.

At its December 2 meeting, the La Jolla Community Planning Association discussed the planning group â€œreformâ€ project. The LJCPA understands the need for planning groups to align with the city charter; therefore, we support legal consistency. We also agree that public transparency and community inclusion are fundamental to our mission.

Nonetheless, we believe that the current proposal goes far beyond what is reasonably required by state law. In addition, we are deeply concerned that the proposal will have serious foreseeable consequences. Due to the high costs of the new requirements, planning groups in lower socio-economic neighborhoods, which are least able to comply, will be disproportionately affected.

The most questionable provisions are:

Withdrawal of city support. By no longer providing public meeting space, annual expense allowances, staff assistance with planning, and fee waivers for calls, the full cost of group planning is now passed on to members. However, unlike most private organizations, no membership fee, donation, or solicitation can be required due to Brown Law restrictions. Thus, planning groups are trapped: they are â€œindependentâ€ from the city but cannot act â€œindependentlyâ€ to raise funds to support their activities due to legal restrictions. Planning groups in communities with limited resources will be most affected by these changes, undermining the goal of increasing their participation.

New requirements that increase the workload of the planning group. These include submitting new statutes that create new operating procedures, new election procedures, new ethical standards and new plans for community participation and representation. In addition, the shells of the current Articles of Association and administrative guidelines are removed, while no new templates for these required documents are available. It is not known whether the revised documents meet the city’s new certification standards, which have yet to be defined. Planning groups are made up of volunteers. None have paid staff. This is an enormous workload to be expected of people with work and family obligations. While a younger and more diverse membership is desirable, additional workload is not the way to achieve it.

No control over membership. Declaring â€œanyoneâ€ who resides in a community as a â€œmemberâ€ of a planning group creates an administrative nightmare for planning groups. Collecting demographic data and reporting requirements to show ‘best efforts’ in outreach to the community (especially tenants) is unusually onerous for a small voluntary organization like the CPA in La Jolla. Additional outreach activities, such as social media, general mailings, flyers, and in-person contacts, turn planning groups into unpaid public relations consultants for the demands of participating in city planning. Not knowing who your members are and allowing anyone who randomly shows up to a meeting to vote on director representation is a recipe for anarchy, not for democracy.

A “deal done”. Unilaterally separating planning groups from the city without engaging them in a democratic problem-solving process is an affront to the hundreds of volunteers who have dedicated thousands of service hours to improving their communities. Requiring those whose terms have expired to refrain from re-election for two years – when a one-year hiatus for other political functions is the norm – is arbitrary, punitive and discriminatory . Removing the special status of planning groups from the municipal code and the project review process undermines the incentive for community service for most volunteers. If the city’s protection from legal liability also wanes, few will be willing to engage in city processes at all times.

In short, decreasing the power of the planning group while increasing its costs and workload is a losing proposition. Not only will the city fail to recruit new volunteers from under-represented groups, the city will collapse the existing structure of community participation. It would be a tragedy. Since the mid-1970s, when city council adopted Policy 600-24, planning groups have provided the city with essential and direct community input on the land use issues of those most directly affected – the residents themselves.

The La Jolla Town Planning Association strongly opposes this approach and recommends that it be abandoned. Instead, we support further exploration of other avenues. These could include an amendment to the city charter with the collaboration of the planning group, the city attorney and the council.