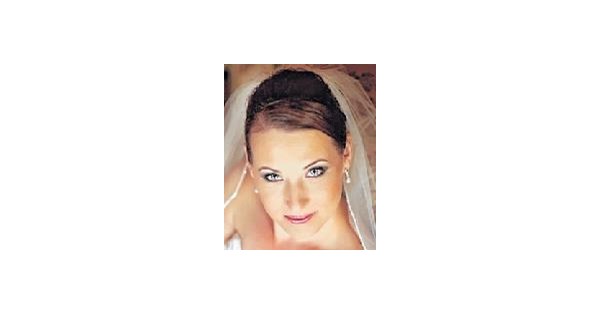 Conroy, Jennifer Nicole BALLSTON SPA Jennifer Nicole Conroy (Green), the devoted wife of Mark Christopher Conroy and loving mother of Donovan Thomas James Conroy, came into eternal life on Monday, November 29, 2021, with her husband by her side. She led a life dedicated to the things she was most passionate about: family, children and education.

Born in Saratoga Springs on August 12, 1983, Jennifer was the daughter of Michael and Mary Kate (Collins) Green. She grew up in Glenville and graduated from Burnt Hills-Ballston Lake High School in 2001. After high school, Jennifer attended Elmira College in Elmira, NY, where she was a member of Phi Eta Sigma and Kappa Delta. Pi. She graduated with a bachelor’s degree in elementary education in 2005 and was immediately accepted into the Summer in the City education program in New York City before moving to PS 138 in Brooklyn this fall. While at PS 138, Jennifer completed graduate studies at Touro College in Brooklyn, where she obtained a Master of Science in Special Education in 2008. Jennifer returned to the upstate in 2008, accepting a served with the Maplewood School District and continued his career with the North Colonie Central School District after the two districts were merged, as a reading teacher at Southgate Elementary School and Loudonville Elementary School. Jennifer found her forever at home as an elementary school teacher in 2013 at Boght Hills Elementary School in Latham, and had recently taught in the school’s distance education program during the past ten years. school year 2020 – 2021. She was a member of the New York State Teachers Retirement System and the New York State United Teachers Retirement System.

On January 3, 2010, Jennifer met the love of her life, Mark Christopher Conroy, and they were married on October 13, 2013; their son Donovan Thomas James was born on May 5, 2016. Jennifer was a loving and dedicated wife and mother who devoted all of her time and energy to her family. It was a rare occasion when Jennifer, Mark and Donovan weren’t together. As a family, they cherished and enjoyed the opportunities to live together and through each other by playing golf, fishing, doing puzzles, playing board games, camping in the backyard, visiting villages. baseball stadiums across the country, taking day and weekend trips, dancing and listening to music, walking their beloved dog Zoey, or just enjoying some silly times at home. Jennifer aspired to be the best wife, mother and teacher possible and refused to allow anything else to define who she was or how she lived, despite the hand she received and the journey she ultimately took. been faced.

Jennifer was a parishioner at Saint Clement Roman Catholic Church in Saratoga Springs, where she served as a reader. She was a high school and college student athlete, playing soccer, basketball, and track track in high school, as well as soccer and basketball at Elmira College. Apart from her personal athletic accomplishments at Elmira, Jennifer was a student athletic coach for the men’s basketball team and was part of the college concert ensemble, as a secretary. Jennifer coached the grade 5 and 6 boys’ basketball team in Maplewood, was responsible for instructional technology for the North Colony Central School District, and ran her own cosmetics business, Color Street by Conroy. Jennifer made the most of her life and when she walked into a room the party started. With Jennifer, life was indeed a musical and a song to sing along – filled with countless Broadway themes and Disney songs! She always offered contests in school and managed to get everyone involved (knowing of course she would win). Jennifer’s passion for children and teaching extended beyond the confines of the typical school week Monday through Friday. She has organized and dedicated herself to many extracurricular activities, including weekend field trips to Saratoga National Historical Park and, in 2017, developing a Kindness Rocks initiative for her fourth graders.

Jennifer’s family expresses their sincere and sincere gratitude to each member of the Saratoga Hospital Inpatient and Outpatient Team for the compassionate and empathetic care provided to Jennifer throughout her journey, especially: Dr. Edward Liebers, Dr Alex Frank and all nursing and support staff. in J2.

It is important that the family also recognize the professional and emotional support Jennifer has received from her colleagues and friends in Boght Hills while boating over the past few years; Leslie Carroll, Sharon Sumner, and Marcus Puccioni were staunch allies, providing pillars of support whenever Jennifer needed someone to answer a concern, share a laugh, or lend a shoulder to cry on. For nearly eleven years, Jennifer embarked on a journey that she reluctantly acknowledged, but refused to accept on any terms other than her own. Out of challenge, courage, determination, stubbornness, bravery, courage and an iron will, she rejected all traditional labels of illness and would not let illness dictate her future. Jennifer’s outlook on life has remained steadfast. She won and adopted the labels that mattered the most to her: mother, wife, daughter, sister, niece, aunt, cousin, daughter-in-law, sister-in-law, friend and teacher. At the end of her journey, it was not about a battle she won or lost – but her enduring legacy, her unconditional love, the precious moments she created and the countless lives that she has created. she touched. Jennifer will be endlessly so deeply, deeply loved and missed.