Highlights from the June Board of Directors meeting

At its June meeting, the Board of Regents heard a report on enrollment projections for the next fall semester. System-wide confirmations for students coming straight from high school have jumped about 12% from the same period last year and are up about 7% from the university’s five-year average. Both Duluth and Morris have seen notable increases, while the Twin Cities total is an all-time high. The regents also approved the capital improvement budget recommended by President Joan Gabel for fiscal 22, reviewed the recommended operating budget for fiscal 22, and discussed strategic planning with leaders at the Duluth campus. See the press release for more details.

As an undergraduate student at the U of M, Breanne Retherford helped redesign a 7-year-old’s 3D printed prosthetic hand, helped visually impaired people who wanted to play hockey, and collaborated with Ugandan students to develop health center device solutions in their country. Overall, Retherford has volunteered over 400 hours, receiving a special mention on her transcript as a University of Minnesota Community Engagement Fellow.

The night of the train 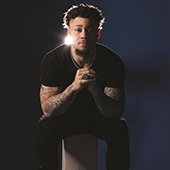 18 months ago, Shannon Brooks, a U of M student and Gopher football player, was struggling with depression and overwhelming grief. On a cold night in December 2019, he remembers saying to himself, â€œI want to be with my mom,â€ before running to the side of a high-speed train. Today, he wants to share his mental health journey with others. 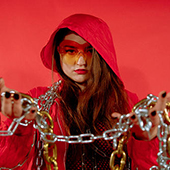 The year before Carmen Aguirre started medical school, a mentor advised her to find a hobby unrelated to medicine. Lover of music and art, she decided to step aside as a video jockey. She later became the one who made the visuals on the screen. Aguirre has now completed two years of medical school and his art has really taken off. She sold at least 20 pieces and started donating 10% of her sales to support U of M mental health resources. 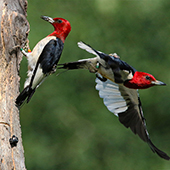 The fiery red-headed woodpecker is in decline in many parts of the country, but not in the U of M’s Cedar Creek Ecosystem Science Reserve, which has plenty of savannah and the largest known population of birds. of Minnesota. Postdoctoral fellow Elena West leads a team of volunteers, land managers and community scientists from a variety of disciplines who study these woodpeckers, noting what features of their environment provide good habitat for them and other species.

Dziwe Ntaba and Michael Westerhaus have been selected as Bush Fellows 2021; the Board of Regents approved the appointments of deans for the College of Veterinary Medicine, the School of Dentistry, and the College of Education and Human Development; Paul Dauenhauer was named a 2021 finalist for the National Blavatnik Awards for Young Scientists; Tasoulla Hadjiyanni has been selected for the Imagine Fund 2021-2023 Arts, Design, and Humanities chair; George Karypis received the Distinguished Contributions Award at the 2021 Pacific-Asia Knowledge Discovery and Data Mining Conference; Douglas Kearney received the first Campbell Opera Librettist Prize; Joachim Savelsberg is the recipient of the 2021 Harry J. Kalven, Jr. Award; Johnson Brothers, based in St. Paul, is offering a million dollar scholarship to the Carlson School for under-represented Minnesota students in financial need; the Department of Ecology, Evolution and Behavior was recently ranked number two in the world by the Shanghai Ranking; U in the news presents highlights of U professors and staff cited in the media. Awards and recognition