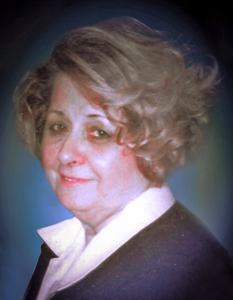 The Shenango Valley has seen many ups and downs over the years.
Thinking back to a time when the area was booming, John Schuster’s Steak House is fondly remembered by many as a landmark of excellent food, fine service and good humor. It was a place where families could gather and celebrate special occasions, a sophisticated place while maintaining a warm and friendly family atmosphere. Marianne Schuster, who passed away on Saturday November 12, 2022, played a pivotal role in maintaining the vision and excellence of this historic landmark.
Just as area residents recently mourned the dismantling of John Schuster’s Steak House as a sign of the end of an era, Marianne’s family and friends will mourn her passing greatly.
On November 1, 1970, John and Marianne Schuster took over as active managers of Schuster’s Steak House from the original owner, John Schuster Sr. While co-running the restaurant, Marianne had a clear vision of what she wanted and wouldn’t settle for anything. less than excellence in food, decor and service. She baked four fresh pies a day for the restaurant while hiring, training and supervising staff and serving as bookkeeper.
She was known for her elegant outfits, wrinkled pants, and beautifully styled hair; it has always been a vision of elegance and grace. Marianne was voted “best dressed” in her senior year of high school and pursued her love of sewing throughout her life. For most of her life, she enjoyed the company of many of her high school classmates, referred to as “The Club”. For people aged 70 and over
years, this close-knit group of girlfriends would get together regularly for dinners, laughs, and a bit of social gossip.
She was a hard worker who started serious work at the age of 15, washing dishes at a local teahouse in Farrell, Pennsylvania. After graduating from high school, she was proud to support the war effort during World War II by working in the office of a local steel mill. She frequently recalled that she was considered such a hard worker that the factory office held the position for her until she graduated from high school.
Her strong work ethic remained throughout her life as, even at age 90, she often regretted retiring and wished she could work with the public again.
Marianne was a devoted Catholic. She was a longtime member of St. Ann’s Catholic Church in Farrell and St. Bernadette’s Catholic Church in Masury, Ohio, before joining St. Patrick’s Church in Hubbard, Ohio. Her faith, her family and her Slovak heritage were all very important to her. To celebrate the holidays, she made traditional Slovak dishes such as stuffed
cabbage, halushki, paprikash, kolach and cookies. She was a wonderful cook and baker and her family begged for leftovers to take home.
Marianne overcame several serious illnesses during her life thanks to her willpower. As a four-time cancer survivor, she encouraged clients, friends and acquaintances who might also be battling cancer to be positive, hopeful and seek the best medical care. She had real courage. She didn’t believe in compromise and was truly an indomitable spirit, fighting until the end.
Marianne Helen Holodnak Schuster, 96, of Masury, Ohio, is now reunited with her husband, John Richard Schuster, who predeceased her in 2019. She was the loving mother of Cynthia Anne (Eric) Schuster Eakin of Bay Village, Ohio , and Dr. Joneen Marie Schuster, Ph.D., of Masury, Ohio; cherished grandmother of Marah Anne Eakin (Andrew Morgan) and Judson Pierce Eakin; and great-grandmother of Eugene Mark Morgan and Zella Anne Morgan. She was the beloved sister of the late John Holodnak (Nancy) of Orangeville, Ohio, and the late Paul Bernard Holodnak of Masury, Ohio.
She was born on May 27, 1926 in Farrell, Pennsylvania, to John Holodnak and Anna (née Lenart) Holodnak.
She graduated from Farrell High School in 1944. She married John Richard Schuster in 1951.
Memorial contributions may be directed to the American Cancer Society at www.Cancer.org.