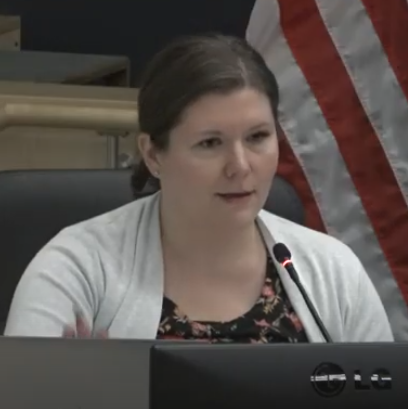 With no comments at a public hearing and no discussion from council, Mountlake Terrace City Council at its Monday, November 21 business meeting unanimously approved a staff recommendation to increase both the city’s general fund property tax and EMS (emergency medical services) levies by 1% in 2023.

The vote was 5-0, with Council members Doug McCardle and Laura Sonmore absent.

Under the 1% tax hike approved Monday evening, the total increase will be $33 per year for the average tax bill – an increase of $26 for the general fund levy and an additional $7 per year for the EMS direct debit.

You can read more details about the tax proposals in our article summarizing the November 17 council work/study session here.

However, most of Monday night’s meeting was devoted to a proposal that would allow police to issue a trespassing notice to people who exhibit disruptive, abusive or criminal behavior in city buildings or on the city ​​property.

This is the second time the board has discussed the issue in the past month. On November 3, Mountlake Terrace Police Chief Pete Caw explained that the proposed ordinance was drafted with the idea of ​​balancing both the need to protect city staff and the constitutional rights and an individual’s due process rights.

Under the draft order, a person receiving a trespassing warning would be barred from the premises where the offense occurred for up to seven days for a first offense and for a longer period in the event of a multiple offences. The ordinance would not apply to park property, as the city already has legislation in effect allowing for trespassing warnings and/or exclusion from city parks for such behavior. The trespassing ordinance also does not apply to members of the public attending city council meetings.

As a result, Caw agreed to discuss those concerns with City Attorney Hillary Evans to see if the language could be adjusted. In his council follow-up on Monday night, Caw said he met with Evans, the city manager and members of the city’s leadership team to discuss the issues raised on November 3, adding “it was the general consensus that the proposed wording in the order was specific enough and did not create any fairness issues.

Murray said she was disappointed with that response. “My concerns remain because unfortunately we are still seeing the same draft resolution that was presented to us several weeks ago,” Murray said, adding that she had hoped the city “could come up with a better solution.”

She also pointed to public comments offered Monday evening by William Paige Jr., chair of the city’s Diversity, Equity and Inclusion Commission (DEIC), suggesting that the proposed trespassing ordinance required additional work. During her comments, Paige said she thinks the ordinance “deserves further discussion because there is too much ambiguity in this language and at least too open to interpretation.”

Murray said that while she wants to make sure ‘our staff have what they need to feel safe and be safe’, she added that ‘it’s really difficult to move forward with that given that we haven’t made the adjustments that we might have.”

City Attorney Evans said the group looked at what could be changed and “we’re stuck. One of the inherent problems with policing is that you rely on a police officer to make a reasoned judgment based on their training and experience. We’d love to make adjustments to the language, I just couldn’t think of that. Our team couldn’t think of anything.

Both Evans and Caw noted there was some urgency to the issue, with Caw citing recent incidents that put city workers at risk. “It’s something that needs to be done for staff safety,” Evans said.

Murray responded that while she appreciated the effort, she noted that “the city staff does not represent the demographics of our community”. She asked that the order be taken to the Diversity, Equity and Inclusion Commission “and give them the option to go to a place where it is less likely to have unintended consequences in the workplace. ‘execution”.

Mayor Pro Tem Bryan Wahl said he would also like the ordinance to be submitted to DEIC for comment, but noted concerns the ordinance would be approved quickly to address staff safety concerns. 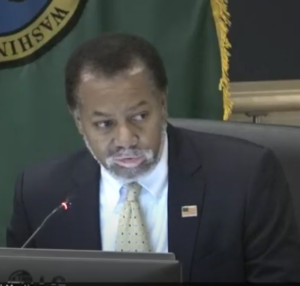 Then, council member Steve Woodard spoke, noting that he had read the order “as a black man”, adding “I want to be as clear as possible, we had a fairness lens at this topic – at least Steve Woodard did – and I would encourage some that you have the equity lens that you have, and that’s also acceptable.

“What I don’t want is for our staff to sit in fear…while we figure out how to be comfortable with this,” Woodard continued. “We are doing as well as we can, I think we can do better, but I don’t want to delay this any longer.”

Woodward then asked if the council could pass an ordinance on Monday evening and then possibly change it after the DEIC had a chance to intervene – noting that the group would likely meet next December.

“I want to argue that DEIC would absolutely bring a solid lens to this. I just don’t know if we can’t do both,” Woodard said.

City Attorney Evans responded that the ordinance could be changed at any time if council decided to do so.

The council approved the ordinance as written by a 4-to-1 vote, with council members Matsumoto Wright, Rick Ryan, Wahl, and Woodard voting yes.

In voting “no”, Councilor Murray pointed out that while she supported staff safety, “we had two and a half weeks to have this conversation and we could have appeared before the DEIC (at their last meeting), and I think if this was an urgent issue as we’re told, then we’ve had ample opportunity to have these conversations and get this work done before it comes back to us tonight.

In his report to council Monday evening, Acting City Manager Andrew Neiditz said the city launched its process last week to recruit a new city manager to replace former city manager Scott Hugill, who announced his resignation. the 3rd of October. Advertising for the position will begin in December, with a list of finalists likely in early February and candidate interviews in early March, Neiditz said.

The city is also ready to begin the application process to fill the vacancy on the council that will arise with the resignation of council member for position 3 Doug McCardle, who will leave on December 19.

Finally, Neiditz noted that Veterans Park will be closed for security reasons from Nov. 30 to Dec. 30. 2 because Sound Transit will be performing geotechnical work as part of the Link light rail extension.