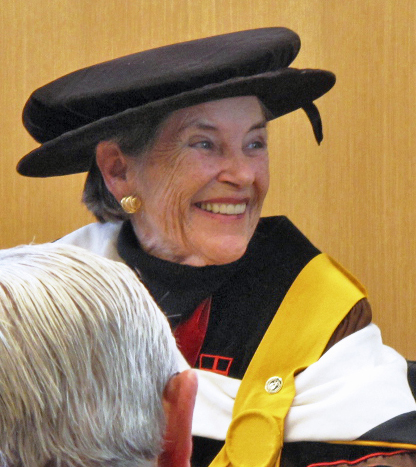 It is with great sadness that we share the news of the passing of Martha Sharp Joukowsky and offer our deepest condolences to her family, friends and colleagues. Martha died on January 7, 2022 at the age of 85.

Martha was born in Montague, Massachusetts in 1936. She received her BA in 1958 from Brown University, where she also met her husband, Artemis Joukowsky. The two married in 1956 and raised three children together. In 1972, Martha obtained her master’s degree in archeology from the American University of Beirut, and in 1982 she obtained her doctorate from the University of Paris 1 Panthéon-Sorbonne. For her thesis, Martha wrote about the prehistory of western Anatolia. His work was published in 1996 in two volumes Prehistoric Aphrodisias.

From 1982 until her retirement in 2002, Martha was Professor of Old World Archeology and Art and Anthropology at Brown University. In 1985, Brown University awarded him an honorary doctorate. During this time, Martha conducted fieldwork in Turkey, Italy, Greece and Jordan. As part of her work in Jordan, she discovered and excavated the Great Temple of Petra. Martha trained generations of students in the field of archaeology, both as a member of Project Petra and as a professor at Brown.

Martha served as President of the AIA from 1989 to 1993. She had a lively personality and was an active and committed leader who was highly respected and devoted an enormous amount of time to the AIA. Martha had great foresight and believed strongly in the vast mission of AIA. She founded the Near East Archeology Committee (now the Near East Interest Group) several years before becoming its president. She was also the first chair of the committee. Martha maintained a very active program of field work, particularly in Petra, throughout her presidency, a major achievement given her work on behalf of the AIA. She and her late husband Artemis, who died in 2020, were extremely generous and steadfast benefactors of the AIA.

In 1993, the AIA President’s Conference was renamed the Martha Sharp Joukowsky Lecture, and in 1998 the conference was later expanded to support two Joukowsky speakers each year. In 1997, the AIA’s Distinguished Service Award was renamed the Martha and Artemis Joukowsky Distinguished Service Award in their honor; this award recognizes AIA members who have advanced the work of the Institute. The following year, Martha and Artemis helped lead the National Conference Endowment Campaign to raise funds to support endowments for local AIA societies that did not have endowed conference campaigns at the time. . Martha also received the Bandelier award at the 2n/a Annual Gala in 2010.

The field of archeology and the AIA are indebted to Martha Sharp Joukowsky. She will be deeply missed.