Review of Batman and Superman: The Battle of the Super Sons 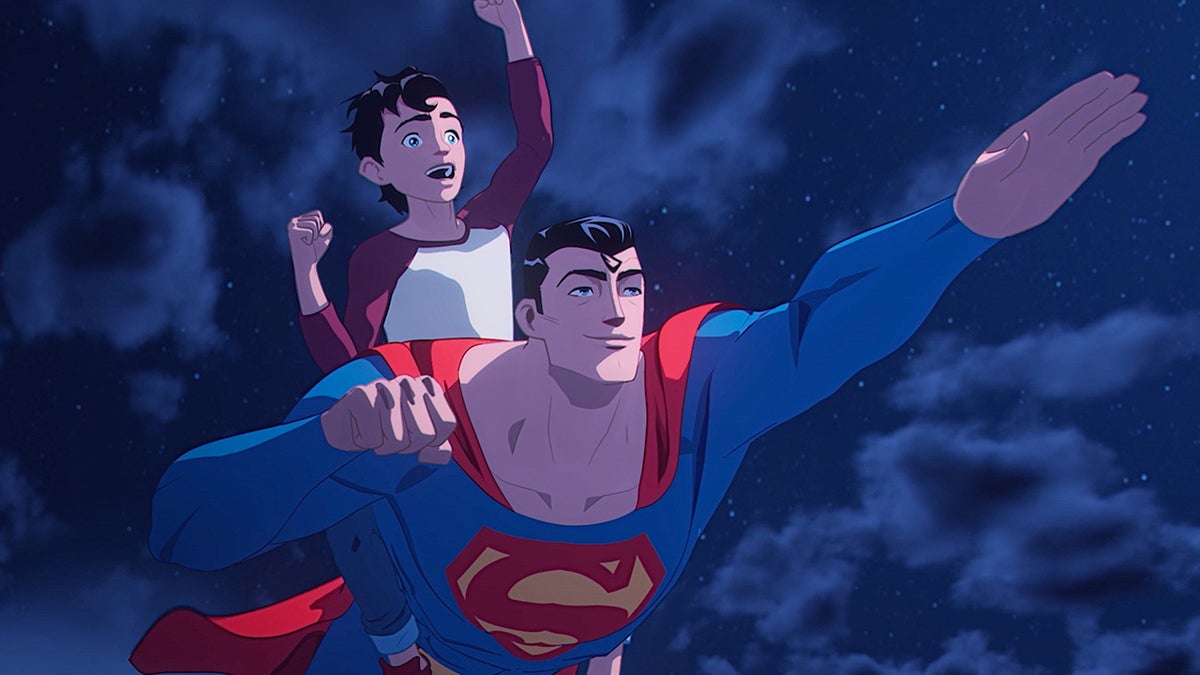 Note: This is a spoiler-free preview of Batman and Superman: Battle of the Super Sons, which will premiere at New York Comic-Con on October 7 and in 4K Ultra HD, Blu-ray and Digital HD October 18. .

Thanks to the magic of comic book logic, slippery timelines, and those pesky crises, Batman and Superman seem to have barely aged a day in eight decades. But the two characters have taken a big step forward in recent years, as they’ve both become the fathers of budding superheroes. These days, Damian Wayne and Jon Kent have dedicated their own fanbases, and those fans will likely be pleased with how this dynamic junior duo is handled in Batman & Superman: Battle of the Super Sons.

This latest entry in the DC Universe Movies line is unrelated to recent releases like 2020’s Superman: Man of Tomorrow or 2021’s Batman: The Long Halloween duology. Rather, it’s a stand-alone story that has the distinction of being the first fully computer-animated film in this long line of direct-to-DVD projects. Battle of the Super Sons draws many stories from the work of Peter Tomasi and Patrick Gleason, whose Superman and Super Sons comics set the standard for the Jon/Damian dynamic. That alone is a major point in favor of the film.

Battle of the Super Sons serves as both an origin story for Jon and a showcase for the first team-up between Superboy (Shazam’s Jack Dylan Grazer) and Robin (The Thundermans’ Jack Griffo). The first act focuses on Jon discovering his budding powers and coming to terms with the truth about his father, material that should be familiar to fans of The CW’s comic books or Superman & Lois. From there, Jon reluctantly teams up with the much more experienced and slightly pathological Robin, and the two face their first real test as superheroes.

The plot is entertaining, if more than a little predictable. Battle of the Super Sons plays out pretty much exactly as one would expect, with only a few twists along the way to overturn the standard rookie teen hero formula. Like so many of these DC Universe films, it feels slightly hampered by the limited runtime. Battle of the Super Sons probably would have benefited from delving into the meat of the conflict sooner, rather than spending so much time on Jon’s origin and typical teenage superhero cliches (including a painfully stilted subplot) .

Damian doesn’t enter the scene for about 25 minutes into this 80-minute film. There’s only time to hint at her troubled past and vaguely establish her dysfunctional relationship with her father. The fact that Jeremy Adams’ screenplay is so effective at presenting this background only makes Jon’s opening scenes unnecessary. As the highly enjoyable Catwoman: Hunted proved earlier this year, less setup and more forward momentum is usually the way to go with these animated movies.

Yet, however long it takes to bring the two heroes together, Battle of the Super Sons thrives on the strength of the Jon/Damian dynamic. The film really nails the two characters’ respective voices and their unusual friendship. Jon is not an angsty teenager burdened with power and responsibility, but a wide-eyed child who is delighted with the new world that has opened up before him. Damian is the hardened assassin who acts like a jerk to hide the fact that he really needs a friend. These two have always brought out the best in each other in the comics, and it’s a quality that Adams channels into his storyline. Kudos on the decision to focus on the classic Super Sons dynamic, rather than aging Jon as the more recent Superman comics and The CW series have done.

Griffo excels at portraying Damian as a spoiled fool while conveying the humanity beneath.

It helps that Grazer and Griffo bring so much life to their characters. Grazer basically stole the show in 2019’s Shazam! with his portrayal of the socially awkward, superhero-obsessed Freddy Freeman. Jon is a very different character in many ways, but the warmth and humor are still there. Likewise, Griffo excels at portraying Damian as a spoiled fool while conveying the humanity beneath. The worst that can be said for both performances is that Grazer and Griffo seem too old for their characters (neither of them appear to be older than 12 or 13). But to be fair, casting real tween actors creates its own set of problems.

The rest of the voice cast is also generally strong, with a number of familiar faces from Critical Role and the video game scene. Another standout is Laura Bailey’s Lois Lane. Bailey previously played the character in the disappointing 2021 adaptation of Injustice, but she’s given a lot more for work this time around. Troy Baker delivers a fine performance of Batman, having previously played the character in several games and animated projects. Only Travis Willingham’s Superman is a bit short. Willingham’s deep-voiced performance makes no distinction between Superman and Clark Kent, which tends to make the character stiff and overly formal when he’s supposed to be in daddy mode.

The move to fully computer-generated animation is certainly a mixed blessing. For one thing, it allows for smoother action and more dynamic angles, which pays off during big action sequences. There’s a good sense of scale in the final battle despite only revolving around a small handful of characters. On the other hand, the animation lacks a bit of personality. Like Dragon Ball Super: Super Hero, this cel-shaded approach makes the film feel more like one long video game cutscene than anything else. Movies like Superman: Man of Tomorrow have done a better job of bridging traditional animation with modern CG. There, the thick black lines give the characters more personality and a comic book-inspired sense of style.