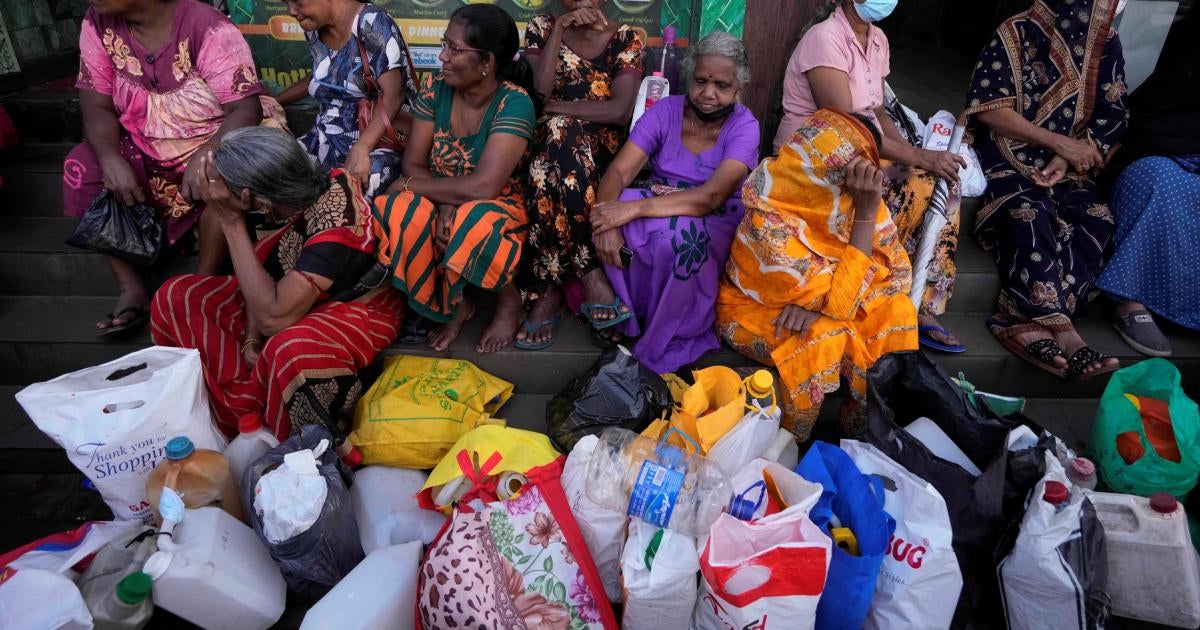 (New York) – The economic crisis in Sri Lanka is pushing millions of people into poverty, jeopardizing their rights to health, education and an adequate standard of living, Human Rights Watch said today. The Sri Lankan government should work with financial institutions and relevant partners to establish a new social welfare system and achieve debt relief, adopt measures to ensure fair taxation and fight corruption at the highest levels of government. .

Large-scale protests against economic mismanagement, corruption and human rights abuses since March 2022 forced the resignation of President Gotabaya Rajapaksa, leading to Ranil Wickremesinghe becoming president on July 21. The new government has negotiated with foreign creditors to restructure the debts on which Sri Lanka defaulted in May, and with the International Monetary Fund (IMF) for a bailout. These talks are taking place against a backdrop of a renewed crackdown on dissent, which has damaged the credibility of the new government.

“Sri Lankans face desperate food insecurity and other hardships, but the new government is focused on cracking down on peaceful protesters and social activists,” said Meenakshi Ganguly, South Asia director at Human. RightsWatch. “The government should engage with the public and international financial institutions to address Sri Lanka’s massive economic crisis.”

In July, Human Rights Watch interviewed 20 people in Colombo who were struggling to cope with declining incomes, inflation over 50 percent, and certain necessities that were almost impossible to obtain at times. Respondents said they had cut back on their expenses and were only eating two meals a day and taking out loans to cover basic expenses, such as electricity bills and rent.

The United Nations estimates that 5.7 million people in Sri Lanka are in need of humanitarian assistance, of whom 4.9 million – 22% of the population – are food insecure, meaning they have no lack of constant access to adequate and nutritious food. Families were already grappling with the pandemic, with 36% saying they had reduced their food consumption in a UNICEF survey at the end of 2020. This number doubled to 70% in a survey conducted in April 2022, just in when the economic crisis hit.

A policeman who earns 45,000 rupees ($126) a month said his family was in debt: “It affected me a lot. A street sweeper with a 6-month-old baby said she joined protesters calling for a change of government and action against corruption. “When the baby was born, a bar of soap cost 80 rupees,” she said. “Now it’s 210.”

Others struggled to buy medicine, which the government previously provided. After two years of disruption caused by the Covid-19 pandemic, schools had to be closed for a month due to fuel shortages and did not reopen until July 25. Although in many cases the courses were delivered online, many respondents said they could not afford to access the internet. for their children. Reports indicate that many children have dropped out of school.

International financial institutions and governments that hold Sri Lanka’s debt or are involved in debt restructuring negotiations have an international legal obligation to act to protect human rights in situations of economic crisis. Private creditors have a responsibility under the UN Guiding Principles on Business and Human Rights to address adverse human rights impacts in which they are involved.

Social protection
Sri Lanka’s main social protection program, Samurdhi (“prosperity” in Sinhalese), is intended to provide cash payments to very low-income households. However, it is widely recognized as inefficient and corrupt, with perceived political allegiances often being a consideration for benefits. The World Bank reported in 2021 that “less than half of the poor were Samurdhi recipients, and benefit amounts remain grossly inadequate.”

A leading Sri Lankan political pundit, who asked not to be named because he is embroiled in ongoing discussions, said Samurdhi is “poorly targeted, poorly designed and politicized, with massive leaks”. Another expert said that “Samurdhi is a huge politically captured patronage scheme”, and asserted that there is significant resistance to reform within the government.

Of the 20 people surveyed, most said no member of their household was formally employed and they struggled to make ends meet, but none received Samurdhi payments. A 55-year-old woman from Kandy, who had lost her job during the economic crisis, said: “Before we received Samurdhi, but when my brother got a job [seven years ago] we were cut off. … They [government officials] take care of their supporters. A new party was elected and we were cut off. An unemployed house painter, 32, said: “You need political support” to receive Samurdhi.

UNICEF and the United Nations Development Program have urged the Sri Lankan government to adopt universal social protection programs, which provide benefits to everyone in specific categories, such as children or the elderly. These programs have been shown to be more effective in reducing poverty and less prone to political capture or corruption than means-tested programs. To protect the rights of Sri Lankans from the effects of the economic crisis, the government should work with international partners, including the IMF, to:

Fair taxation
One of the main drivers of Sri Lanka’s economic crisis is the extremely low tax rate, with tax exemptions that mainly benefit Sri Lankans and wealthier foreign investors. Economists told Human Rights Watch that powerful business interests have “eroded the tax base for years,” in many cases exempting them from paying any corporate taxes, leaving the government increasingly dependent on the borrowing, including to service its debt. In 2019, then-President Gotabaya Rajapaksa implemented deep tax cuts that further reduced government revenue, resulting in a tax-to-GDP ratio of around 8%, one of the lowest in the world. world.

Although some of the 2019 tax cuts have been reversed, future tax measures are unlikely to weigh more heavily on low-income earners. President Wickremesinghe has suggested a more progressive fiscal policy, declaring on August 5 that his government could introduce “a taxation of wealth…first for economic recovery and then for social stability.” The government should:

grand corruption
Many protesters as well as political pundits have partly blamed government corruption on Sri Lanka’s economic crisis. The IMF called for “structural reforms to address vulnerabilities to corruption”, while the World Bank said that before providing new financing, it was “working closely with implementing agencies to establish strong controls and fiduciary oversight to ensure that these resources reach the poorest and most vulnerable”. .”

Three anti-corruption bills were drafted under the Sirisena administration between 2015 and 2019, when President Wickremesinghe was prime minister, but were never made public. One, described as a composite anti-corruption and bribery law, is based on a 2019 national action plan that followed extensive consultations. Another, dealing with proceeds of crime and asset recovery, was developed in 2018; and a third concerns the declaration of assets of public officials. To fight corruption and uphold the rule of law, the government should:

Sri Lanka is currently negotiating debt restructuring with these creditors. Economists fear that if these debts are not reduced enough, the government’s domestic debts will also have to be restructured, which could trigger a banking crisis and plunge the country into deeper turmoil. Among those most at risk are low-income people who invest in the government’s provident fund, which holds large holdings of government bonds.

The deepening economic crisis in Sri Lanka highlights the need for the government to put the rights of the people first,” Ganguly said. “The Sri Lankan government, along with the IMF and foreign creditors, must act urgently to reverse the trend that is pushing millions of people into poverty.”