Telling a historical moment shaped by the “will of steel” 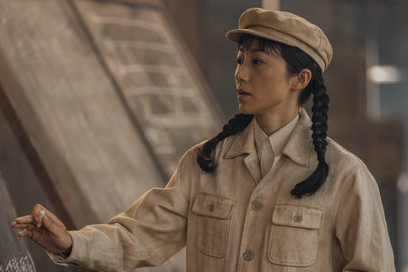 will of steela film revisiting the historical moment when iron and steel resumed production on the eve of the founding of new China, will join the novelties before the national holiday.

Scheduled for release on September 30, the film is adapted from the real-life stories of Meng Tai and Wang Chonglun, two models devoted to Ansteel Group’s iron and steel production in Anshan, Liaoning Province, China’s largest steel base. China.

With actor Lin Yongjian playing the namesake character based on Meng, the film features actor Liu Ye as Zhao Tiechi, the head of a steel factory, and actress Han Xue as Sun Xuefei, an engineer.

Director Ning Haiqiang, known for excelling in filming epic films such as Hundred Regiments Offensivesaid at a premiere in Beijing on September 27 that he had led a team to conduct research at Ansteel and Bensteel Groups, two influential state-owned companies in Liaoning province, six times.

As one of its best moments, the film features Lei Feng, a domestic model in China, in the final scene, with young Lei then stepping off a train to prepare to begin his career as a factory worker.

The film also highlights the importance of iron and steel productions to New China’s infrastructure industries and Chinese forces during the War of Resisting American Aggression and Aiding Korea (1950 -53).