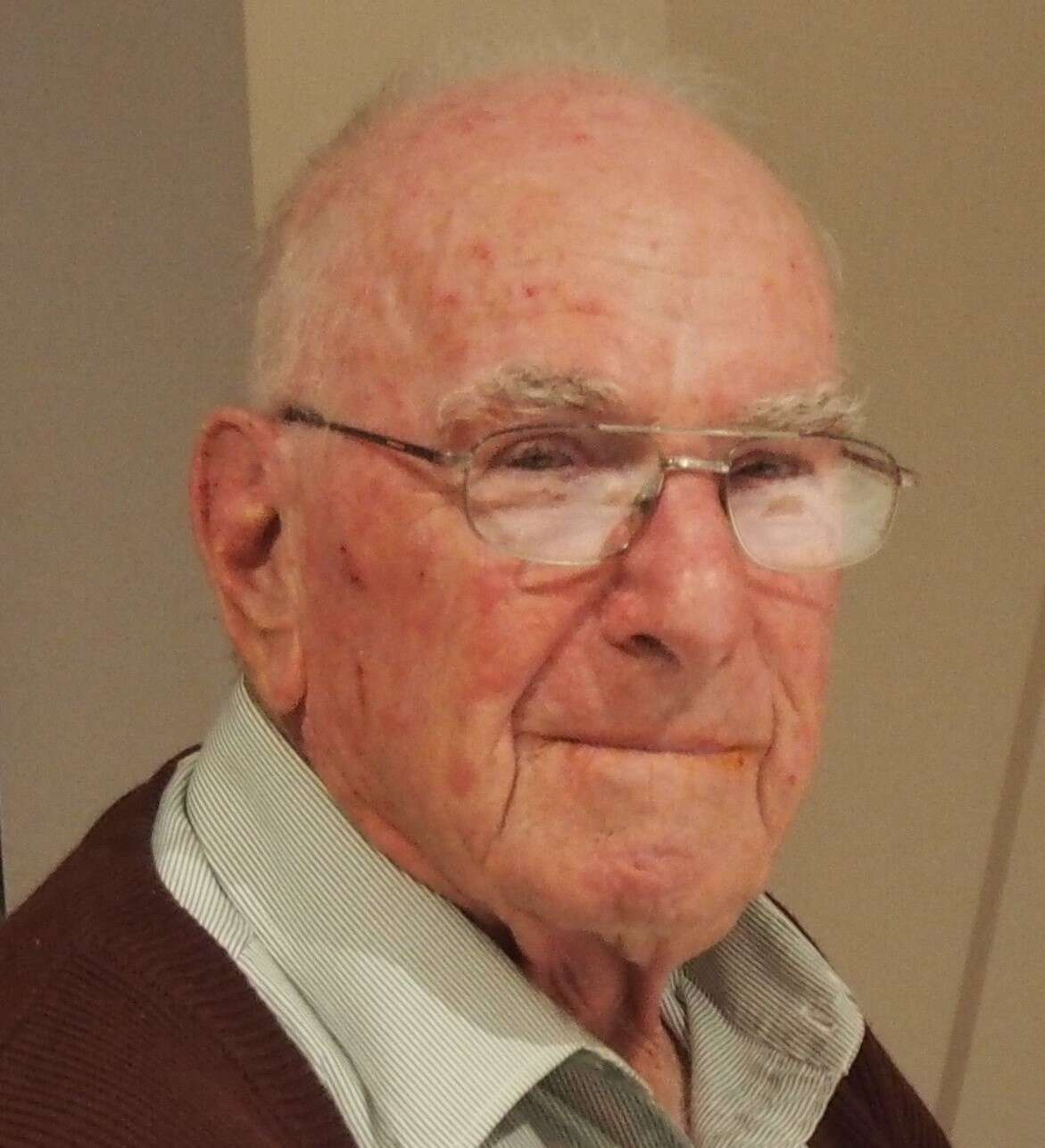 Jim Carter was born in Brunswick on October 22, 1928. He was the eldest child of Fred and Jessie Carter and the brother of Margaret and Judith (deceased).

Jim met Betty Brockwell in 1950 at a local ball. Six weeks later, they got engaged and embarked on the adventure of a lifetime, marrying in 1954 and raising three children: Trevor, Glen and Peter.

Jim loved cars and the automotive industry which led him to work for Repco Auto Parts in Melbourne. He started on the ground floor and worked his way up through the organization to become a senior manager in the procurement department.

Jim could turn to anything and loved anything that had to do with construction or mechanics. With Betty’s support, they built their first home in the early 1950s in Box Hill.

One of Jim’s passions was traveling and caravanning. In their caravan, the family experienced many adventures and vacations.

In retirement, Jim and Betty continued their love of overseas travel to many countries. They also enjoyed caravanning around Australia, making many wonderful friends and memories.

Upon retirement, Jim and Betty moved to Corowa and became part of the community while enjoying country life. Jim has been involved in many community and sports groups including; Clean Up Corowa, Corowa Hospital Board, Probus Club of Corowa, Corowa Bowls Club and the 60 and over Bowlers group. His community involvement, which began in Melbourne, has honored him in many ways.

Jim has had many wonderful experiences in life; however, the highlight of his life was his family to whom he was completely devoted. Above all, his greatest love was for Betty with whom he shared just under 68 years of marriage.

Jim and Betty moved to Corowa in 1989 and immediately became part of the community. Jim became involved with the “Clean Up Corowa” campaign, taking on a leadership position. He had such an impact that he was named Citizen of the Year.

Jim also served as a director of the Corowa Hospital Board of Trustees for seven years, serving as Treasurer throughout that time. When the local board was absorbed into the Hume Hospital board, Jim joined the new organization as a board member and became involved in the operations of each of the ten hospitals.

Jim was an avid bowler and deeply involved with the Corowa Civic Bowls Club and the 60+ group. He played 60+ balls from 1989 until a few years ago. He has served in many roles including Group Steward, Group Assistant Secretary, Group Secretary, Group Treasurer, Senior Vice President and President. Jim was so well respected that in 2015, the 60+ group of bowlers started a Jim Carter Bowls day which is now an annual event.

Jim was a founding member of the Corowa Probus Club in 1990 and served as secretary, treasurer and president of that club for many years. For his dedication and work for this club, he was made a Life Member.

Above all, his greatest love was for Betty with whom he shared just under 68 years of marriage.

“Jim was part of the old Bowls club and became chairman in 1995/96,” Mr Ford said. “Along with a few others, he backed us up to start a new club called the Corowa Bowls Club Inc in 1996 and has been involved ever since.

“He competed in 60+, a men’s competition from the Ovens and Murray area, and then had a day named after him.”

With his involvement in Probus, Robert Longmire of Corowa described Jim as “a lovely, lovable man”.

Mourners left the church to John Williamson’s song “Flower on the water” which included the line “Remember how we loved you”, which the mourners wanted Jim Carter to hear from them .

After the service, the mourners shared many fond memories of Jim at the Corowa Civic Bowls Club.