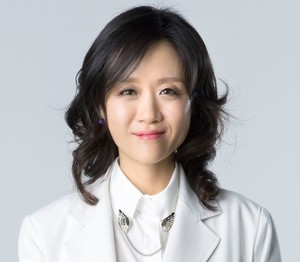 Researchers at Seoul National University Bundang Hospital (SNUBH) have developed the first program aimed at improving the social skills of people with autism spectrum disorders (ASD) who have struggled in social life after reaching adulthood.

The People’s Relationships Education and Enrichment Program, or PEERS, is sympathetic to Korean sentiment and has been shown to be effective in treating adults with ASD, the hospital said on Tuesday.

The research team, led by Prof. Yoo Hee-jeong from SNUBH’s Department of Psychiatry, considered features of Korean culture and generational traits in developing the Korean version of PEERS, such as how adults with ASD face bullies and social activities. based on the original program developed by the University of California, Los Angeles.

After conducting in-depth interviews with healthy adults, the researchers took into account cultural differences, including etiquette in dating with partners.

They conducted a clinical trial of PEERS on 37 adults with ASD. After completing the trials, participants showed significantly improved results in general sociability, such as making new friends, hanging out with friends, and arguing with friends.

After four months, the research team saw improvements in the participants’ mental health, as their parent-child relationship recovered and their depressive state diminished.

â€œWe developed the Korean version of PEERS for adults to improve the social skills of people with ASD,â€ said Prof Yoo. â€œWe hope that many organizations will use the newly modified PEERS to help adults with ASD. “

ASD is a social developmental disorder characterized by a lack of social skills, communication problems, and abnormal behaviors seen in affected patients.

Patients with ASD can improve their sociability and engage in social activities, or even find employment, by completing an appropriate social skills training program. For this reason, the United States and many other countries have developed programs for adolescents and adults with ASD, but Korea does not yet have a systematic program.

The results of the study were published in the October issue of the Frontiers in Psychiatry in Autism section.