Two BKW graduates who make a difference in the world 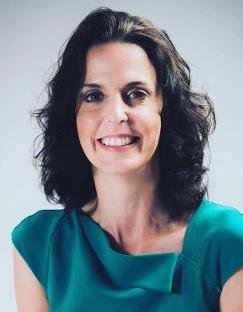 It is with great pride that I share excerpts from the lives of two exceptional Bern-Knox-Westerlo graduates.

The first is Debbie Mcmanama Herodes. She delivers an insightful account of the influence of “family” and education on her life.

Debbie shares that when she thinks of her family, hard work and music are the two things that come to mind. His grandparents, Clyde and Ruth Schoonmaker, were students at one-class schools in the cities of West Bern and Bern. As was the case with many of these country people, college was not an option.

Working to raise and maintain a family was their main endeavor. His grandfather, Clyde, had a multitude of jobs, including being a bus driver with BKW for 30 years. His grandmother, Ruth, was a homemaker and a “proud to be” wife of a small farmer. She worked 24 hours a day, just like him. They had three children: Walter, Betty and Marie.

Marie Schoonmaker was Debbie’s mother. She, like her parents, worked tirelessly to raise her two daughters, Noreen and Deborah.

She was a secretary at BKW for 45 years and a piano teacher for 40 years. â€œThe piano was at the center of our house, along with the church, and between those two strongholds,â€ said Debbie, â€œmy sister and I sang all the time and learned to play the piano.

â€œMarie also opened her own travel service, which she ran for 25 years. I learned about the hard work dedication of my grandparents and my mother.

Debbie, like most of her classmates, went to college. Perhaps the marked difference, however, is that she continued to attend college year after year until she obtained a doctorate in three different disciplines. In addition, she also received a school superintendent’s license.

Deb has taught high school English for over 30 years and was also a professor at Albany University and Cobleskill State University of Agriculture and Technology for 11 years. She used her administrator’s license to run summer schools in three different districts for over a decade.

â€œThe joy in my life has always been centered around my family,â€ she says, â€œalthough we have suffered a lot of loss over the years. I have also found pleasure in writing poetry and have now written two complete poetry books (over 200 pages), published in 1983 and 1993.

â€œCurrently, my third book is awaiting publication. The titles of the two books on the market are “Between the Lines” and “Pilgrim Soul”. The new collection is called “Behind the Blue Eyes”. Like my mother before me, I ran a business. My photography business lasted 16 years, until my eyesight started to decline, but music, throughout my life, has been a big part of who I am.

â€œAllowing children to perform, sing and dance in front of an audience became a passion for me as I began to instill a love of music in my own children. Together with a fellow teacher about 27 years ago we revamped a former theater troupe in Middleburgh and the Timothy Murphy Playhouse (a terrific theater troupe) is still going strong, with a new generation of “music lovers.” musical comedies”.

â€œI have done over 25 shows and have produced about as many. Between teaching, doing a photography business, directing, writing, and furthering my education, I also managed to raise three wonderful daughters named Sarah, Myleah and Mikayla. They are all successful in their own lives, with law and education being their favorite professions. They are also all mothers, which allowed me to enjoy my retirement with my eight grandchildren.

â€œMy retirement is to enjoy these little beings and my wonderful husband, Robert Herodes, and support my daughters in their many endeavors. They are all involved in music and have directed, choreographed and produced local theater for many years.

â€œThey have performed on stage all their lives and now share this passion with young actors. My daughter Sarah has had her own dance education business for over 20 years and has choreographed every show since the rebirth of Timothy Murphy Playhouse.

â€œShe is a high school music teacher at a local school and keeps my mom’s love for music alive with her students. She has four children. My daughter Myleah has her own theater company, where she trains young people in her number one love: comedy.

â€œBefore becoming a lawyer, Myleah was an actress and she brings her knowledge to young people in the capital district. She has two children.

â€œMy youngest daughter, Mikayla, is a great traveler. She lived in Croatia, where she performed on Croatian TV as an American foreign student, with a “big voice”. She also participated in the making of musicals and modeled, in parallel, while raising her two children.

“I have to think that my grandmother’s love for music, my grandfather’s love for the whistle (it was constant) and my mother’s dedication to the piano and her students, created this musical family. Although I am happy with the life I have led, the degrees I have obtained, the books I have written, the weddings I have photographed, the students I have taught, there is no is nothing more important to me than my family of women.

â€œWe are a quartet of passionate, hardworking and dedicated hearts that beat together as one. Although my grandparents and my mother are now deceased, their legacy of love for each other and for us is still evidenced by our devotion to each other.

The second outstanding alumnus is Nicole Ferraino Clagett who graduated with the class of 1994. She currently resides in North Carolina. Nicole’s parents are Robert Ferraino and the late Barbara.

Nicole Clagett is passionate about advocating for people with chronic, serious and life-threatening illnesses. A social worker by training, she has worked with the elderly and their caregivers for over 20 years.

Serving individuals both personally and professionally has helped her understand the social, emotional and economic consequences that a serious illness has on her friends and neighbors. She builds on this experience to help create a voice through communications, media, fundraising and caregiver support work.

Nicole is the co-founder and co-host of the Edge of Aging podcast which seeks to inspire thought leaders in healthcare to take a new look at how we care for people with chronic and serious illnesses. She also contributes to ABC11’s Caregiver’s Corner.

Editor’s Note: Helen M. Lounsbury Galicki graduated from Class of 1956 and is a former teacher and former member of the Berne-Knox-Westerlo School Board. She had both Debbie Mcmanama Herodes and Nicole Ferraino Clagett as her students.