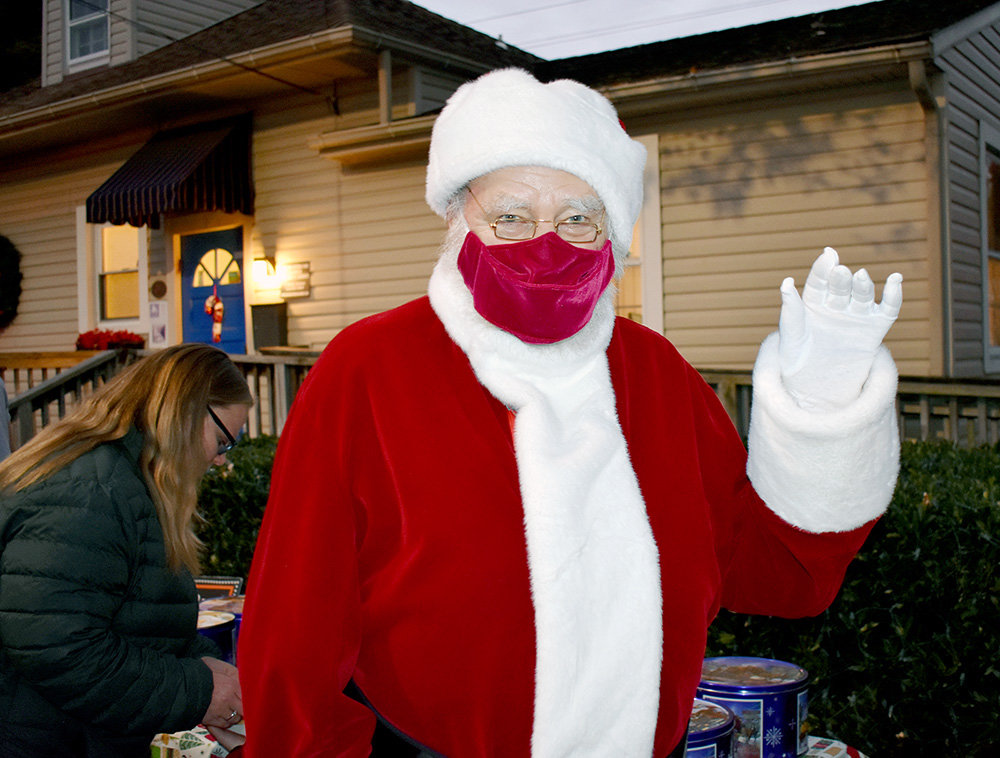 One of the most magical holiday moments for many children is meeting Santa Claus in town, sharing their Christmas lists and taking pictures. Behind these magical moments lie volunteers like Freeman Bagnall, who plays the role of Santa Claus for the tree lighting of Greater Severna Park and Arnold Chamber of Commerce (GSPACC) and many other events.

During the Santa Claus offseason, Bagnall is a permanent replacement at Chesapeake High School in Pasadena.

â€œIt gives me a lot of flexibility and I love the kids,â€ Bagnall said. “I really really have to say they’re fun and I’ll stop doing it when it stops being fun.”

Bagnall began dressing as Santa in the late 1970s and 1980s at a Christmas party for children with special needs. At the time, Bagnall wore a fake beard. It wasn’t until he dressed up as Santa for a few years that he started to look the part.

At this point, playing Santa Claus became a big part of Bagnall’s holiday season, so he took it to the next level.

â€œI signed up with a few talent agencies,â€ Bagnall said. â€œIn other words, I do commercial gigs and other unpaid gigs. It’s a mix.”

Bagnall played Santa Claus by the bedroom tree lighting again on December 3 at the bedroom office. He said his favorite part of the chamber event was interacting with the families.

â€œIt involves meeting and greeting a lot of people and having their picture taken a bit,â€ Bagnall said. â€œAlso, answer children’s questions and sometimes adults’ questions. This is very fun.”

If you haven’t met Bagnall at an event while on vacation, you may recognize him among another community favorite. He also participated in the GSPACC July 4th Parade as Uncle Sam for years.

â€œI have a 22-year-old convertible Mustang,â€ Bagnall said. “They made me use the convertible and become Uncle Sam.”

Bagnall is a long-time member of the Severna Park chapter of Toastmasters International, a non-profit organization that teaches public speaking and leadership. As part of the Toastmasters float, Bagnall was invited to play Uncle Sam. Now he’s a staple of the parade. As a longtime resident of Anne Arundel County, he enjoys seeing his neighbors and friends as he walks the parade route.

â€œThe community shows up and supports it,â€ Bagnall said. “The sidewalks and lawns were lined with people the entire length of the parade route, greeting Uncle Sam.”

Bagnall also volunteers at St. Mary’s High School in Annapolis teaching English as a Second Language to Spanish speaking adults. He said he encouraged the Hispanic community to visit him at the GSPACC tree-lighting or the July 4 parade.

Bagnall said he intends to spread joy through these characters for as long as he can, as long as it continues to be fun. Bagnall, who described himself as “young at heart,” said interacting with the kids had kept him that way.

â€œLet me put it this way: I don’t tend to grow taller,â€ Bagnall explained. “I don’t want an old state of mind.”